Reasons why I like living in Newark and Licking County

Reason #39: Buildings as a canvas for Public Art.

I think it is great that people in our community are willing
to think up, fund, and complete projects like these murals.
What I really like is how they came back after the murals
were painted and decided to illuminate them for nighttime
viewing. What a great attitude: take a good thing and make
it even better. I like what the attitude says as much as
the art.

The first three murals are visible from Canal and Market
Streets between Second and Third Streets in downtown
Newark. They are painted on the rear walls of buildings
fronting on South Park Place and South Third Street.

They were all painted by Columbus artist Curtis
Goldstein.

They are all illuminated. The coolest time to see them
is after dark. 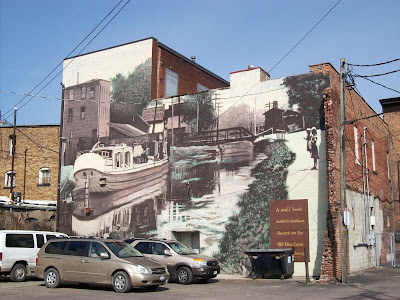 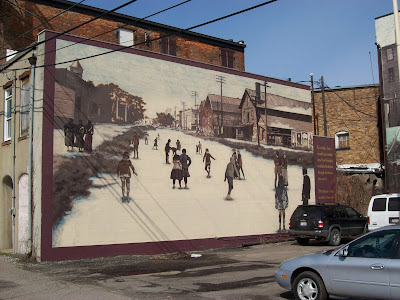 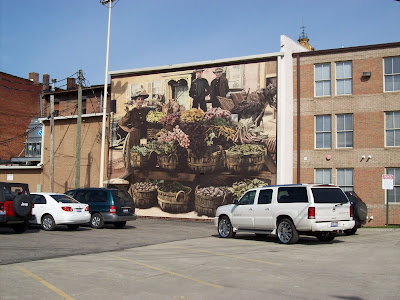 This mural is part of the Works campus. It is visible from
South First Street. Between the mural and First Street,
The Works has unearthed part of the canal system that ran
through the Downtown. Knowing the Works, this will be a
first class attraction when it is completed. 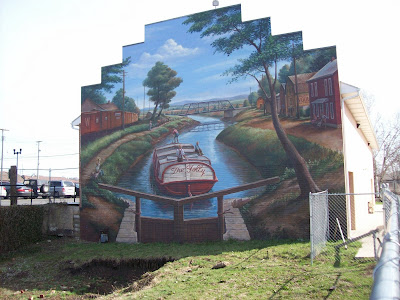 Email ThisBlogThis!Share to TwitterShare to FacebookShare to Pinterest
Labels: Reasons