Well, maybe I'll mention one here. I regret never having
seen the old facade of the Auditorium Theatre. The post
cards below show how it appeared in 1910 and 1911.

Sometime before the mid-1960's a fire damaged the facade
and it was removed. By the late 1960's, a very 60ish looking,
soul-less style brick office building was standing in its place.

About ten years ago, the old Auditorium Theater, with its
replacement facade, was razed. It is now the site of the
Licking County Foundation building and street park. 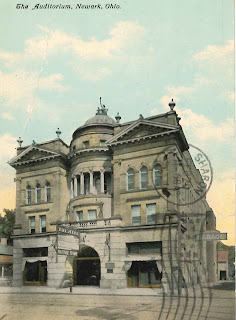 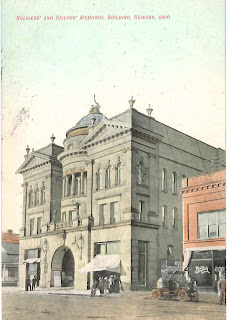 Must have been a beauty!
Posted by Steve Layman at 6:49 AM