This fountain, at the south west corner of the Courthouse lawn, has been a fixture on Newark's downtown Square for as long as I've been in town.  Not sure when it was first installed, but over the past ten years the water supply and circulating system have experienced major problems.  The fountain has been non-functional more often than not. 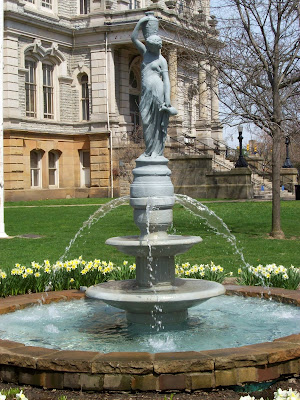 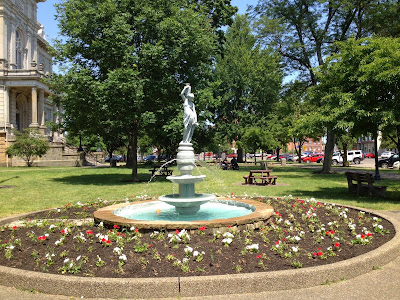 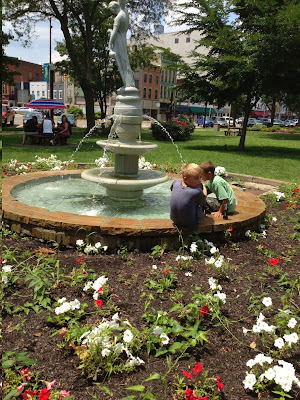 The hero of this story is Rodney Hendershott.  Employed by Gutridge Plumbing, Rodney donated his plumbing skills and countless hours of his time in an attempt to nurse the fountain back to health over the past four or five years.  Eventually determining that his patient was terminal, Rodney convinced the powers-that-be that it was time to replace the fountain. 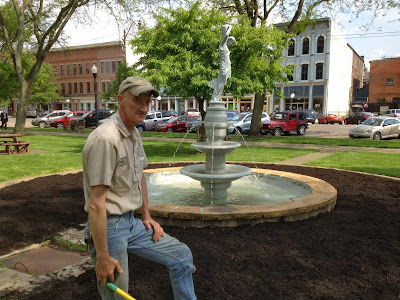 Combining private and public monies (about $44,000 worth),  the old fountain was removed, a new foundation and new plumbing installed, and voila - an new fountain was unveiled. 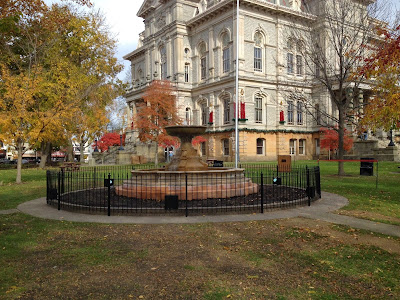 Colored lights have been added, making for an entertaining light show.