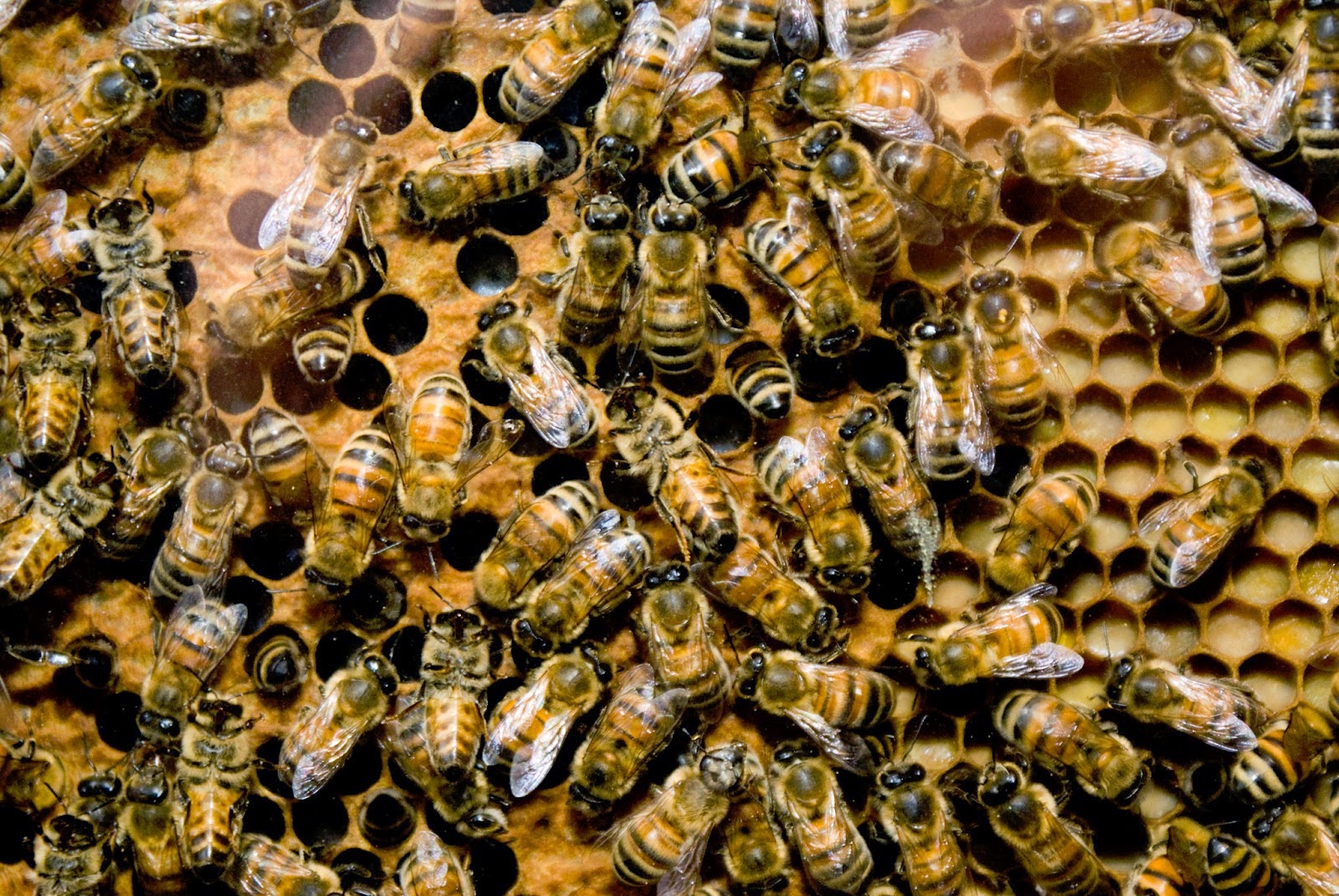 Are bees really all that busy?

Turns out bees are a lot like us humanoids.  There are the hard workers, the slackers, the parasites, the drones, and those who will step up to the challenge when that is what is required.    Full story here.  Two excerpts here:

“Drones, by contrast, are quite lazy,” Wickman says. “They don’t leave the hive until early afternoon, at which time they carouse around in packs, and when they get home just a few hours later, they rely on the worker bees to feed them.”

The bees that had been taking it easy before were picking up the slack of their missing co-workers, some of them boosting their activity levels by almost 500 percent. The results, the researchers say, suggest that a hive isn’t divided into hard workers and slackers, but that every worker keeps tabs on the net activity of the colony and adjusts their own activity accordingly to make sure that the colony’s needs are being met.
Posted by Steve Layman at 12:40 AM

Email ThisBlogThis!Share to TwitterShare to FacebookShare to Pinterest
Labels: Animals, Because you always wanted to know, Just wondering