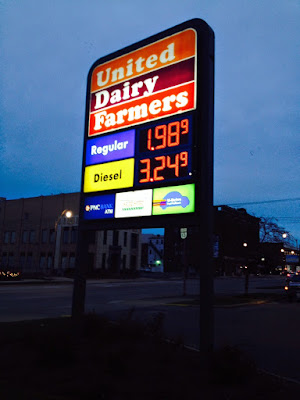 The question arises:  now that gasoline is so much cheaper than several years ago, what is happening to the extra money in consumer wallets (estimated at an average of $700 per year)?   The conventional wisdom has been that we are paying down debt or saving.  Not so fast, says Chase:

"The J.P. Morgan study sifts through data from 25.6 million holders of Chase credit or debit cards, allowing a more detailed look at spending habits from near the end of 2013, when gasoline prices were high, to early 2015, when they had bottomed out."

I would say that having access to the financial behavior of 25.6 million people, and having the computing power to make sense of it all, constitutes a significant advantage.  For the record, Chase's computers believe we are spending most of the "windfall."