Have we saved enough for retirement?  Some have, most haven't.  Nothing new here. The Motley Fool suggests that is new is the attitude that we should leave the work force before we die.  Full post is here.  Key excerpt here:
The notion that these challenges are new -- that there was some golden era when Americans were prepared to kick up their feet and enjoy retirement in financial security -- is a myth. By some measures, retirees are in a better position today than at any other time in modern history.
Let's start with something simple. The entire concept of retirement is unique to the late-20th century. Before World War II, most Americans worked until they died. 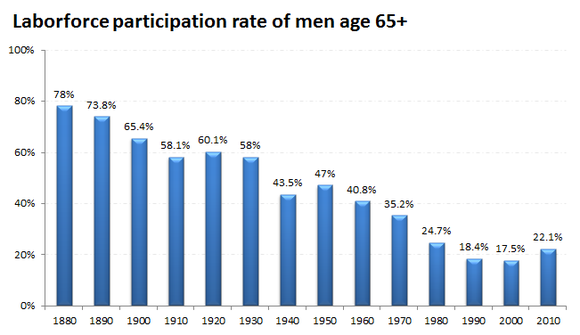 thanks craig
Posted by Steve Layman at 12:39 AM