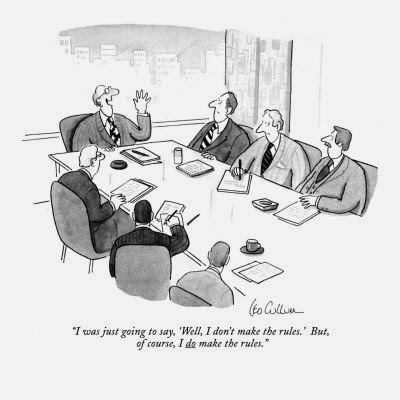 EXCEPTION, n.  A thing which takes the liberty to differ from other things of its class, as an honest man, a truthful woman, etc.  "The exception proves the rule" is an in expression constantly upon the lips of the ignorant, who parrot it from one another with never a thought of its absurdity.  In Latin, "Exceptio probat regulam" means the exception tests the rule, puts it to the proof, not confirms it.  The malefactor who drew the meaning from this excellent dictum and substituted a contrary one of his own exerted an evil power which appears to be immortal.
-Ambrose Bierce,  The Devil's Dictionary

cartoon via
Posted by Steve Layman at 12:25 AM