Denali National Park and Preserve is home to Denali, at 20,310 +/- feet above sea level, the highest mountain in North America.  We traveled there via a five-hour bus ride north from Anchorage.  Alaska is a mighty big state.

When I was a youngster, we learned to call the peak Mt. McKinley.  The natives never called it that, and in 2015 it was officially renamed.   The Denali National Park contains about six million acres and is accessed by one wee roadway.  I got the idea that visitors were welcomed to look, mostly from a distance, with the intent being to leave the acreage wild and mostly unvisited.  They have succeeded in that.  All in all, it is a pretty amazing place.  If you get the chance, go. 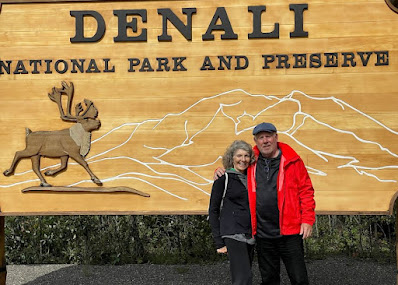 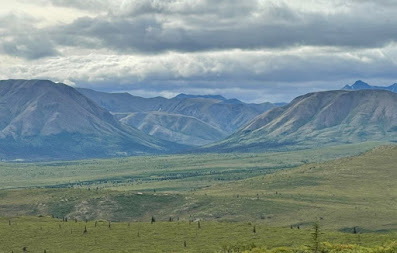 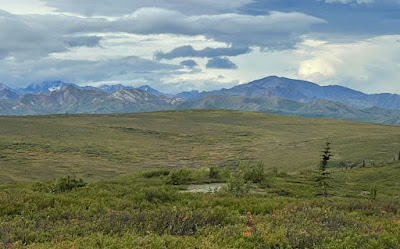 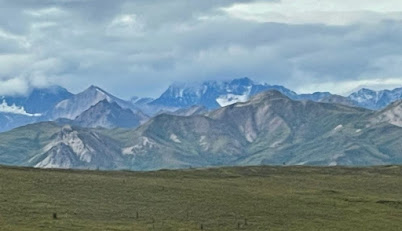 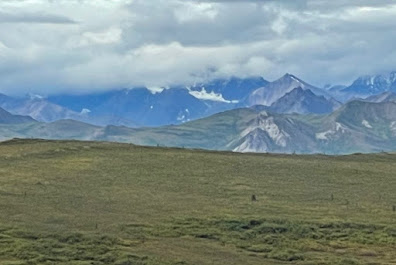 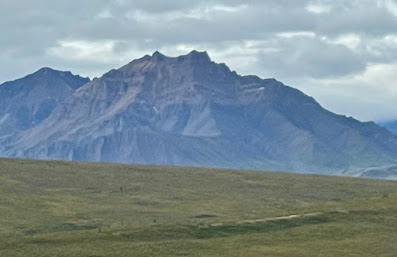 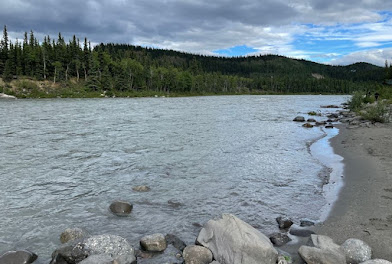