At least the miserable winter weather, whatever it turns out to be, gives ignorant dumbasses who don't understand science a chance to squawk that "global warming" is a godless liberal commie plot to destroy America.
-Bilbo, as excerpted from this blog post

Now, I like friend Bilbo and his blog, even though we've never met.  I suspect that if we ever set down over beers we would find many avenues of both agreement and disagreement.  Just how it should be.

One area where we probably disagree is the role of the sun in the variations of climate on earth.  I'm a big proponent of the sun being in charge.  Reading his blog, I'm guessing Bilbo believes that man's behavior is the driving factor.  It is very possible that neither one of us is correct.

Being a history major in school, your faithful correspondent claims only a passing knowledge of science.  Having lived a few years, however, I am pretty sure that "computer modeling" is not science.  If those who were aggressively pushing man-made climate change would spend more time trying to improve our complete understanding of the systems, mechanics and variations of this planet we call home, and less time defending their existing models, I might be more open to their arguments. 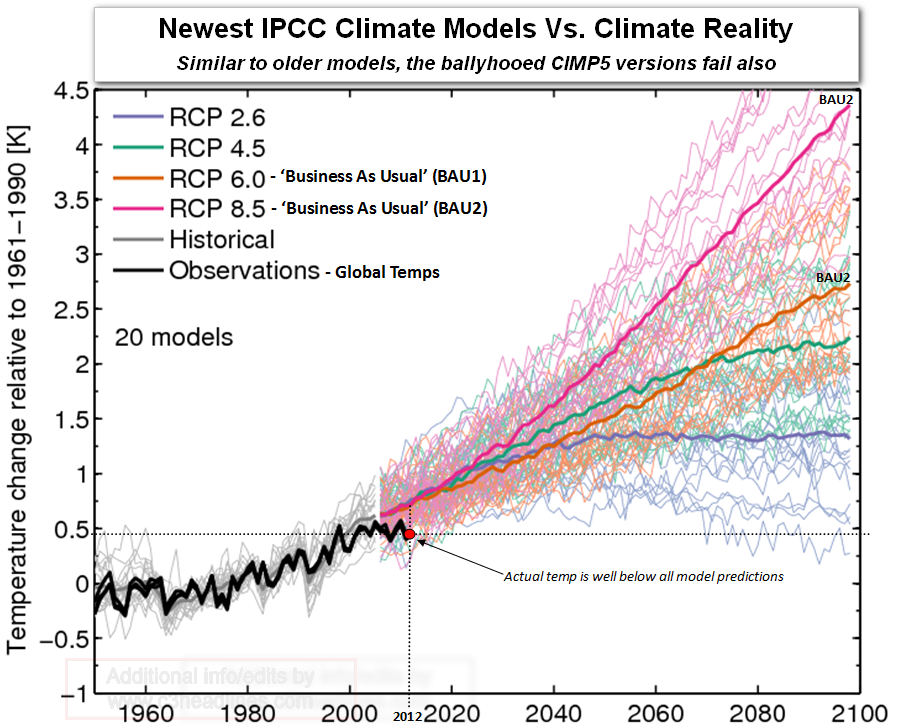 chart via
Posted by Steve Layman at 12:45 AM