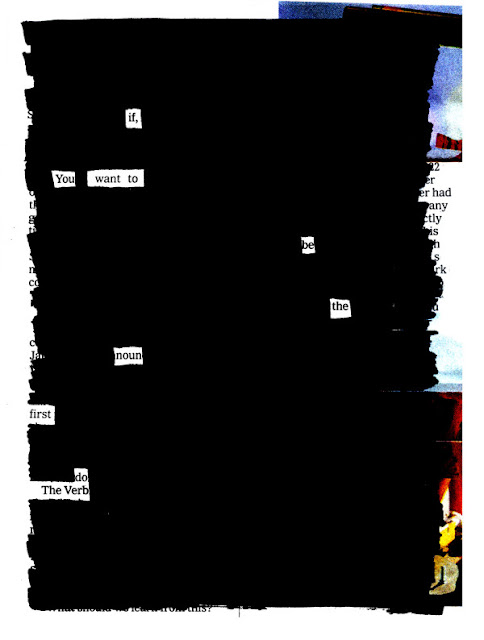 Lots of people want to be the noun without doing the verb. They want the job title without the work.
“Forget about being a Writer,” says novelist Ann Packer. “Follow the impulse to write.”
Let go of the thing that you’re trying to be (the noun), and focus on the actual work you need to be doing (the verb).
Doing the verb will take you someplace further and far more interesting than just wanting the noun.
-As extracted from this Austin Kleon post
Posted by Steve Layman at 12:55 AM

Email ThisBlogThis!Share to TwitterShare to FacebookShare to Pinterest
Labels: Being, Bloggery, Doing