..................are believers in bitcoin.  Part of me wishes them well, part of me distrusts the whole thing, most of me knows nothing about it (and has little interest in learning about it).  My young sons are trying to nudge me along, to get with the latest and greatest.  And so, they gifted me this book this weekend—and asked me to actually read it.  Well, we will see. 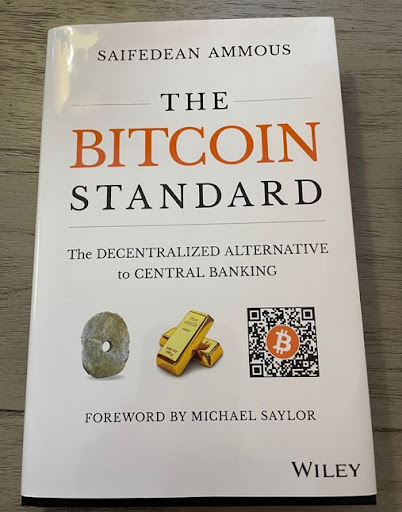 In essence, bitcoin offered a payment network with its own native currency, and used a sophisticated method for members to verify all transactions without having to trust in any single member of the network.  The currency was issued at a predetermined rate to reward the members who spent their processing power on verifying the transactions, thus providing a reward for their work.  The startling thing about this invention was that, contrary to many other attempts as setting up a digital cash, it actually worked. . . .

But in October 2009, an Internet exchange sold 5,050 bitcoins for $5.02, at a price of $1 for 1,006 bitcoins, to register the first purchase of bitcoin with money.  The price was calculated by measuring the value of electricity needed to produce a bitcoin. . . .

Bitcoin can be best understood as distributed software that allows for transfer of value using a currency protected from unexpected inflation without relying on trusted third parties.

-as excerpted from the Prologue

Email ThisBlogThis!Share to TwitterShare to FacebookShare to Pinterest
Labels: books, Future, Money, Parenting, Technology, you pays your money and takes your chances, Your guess is as good as mine