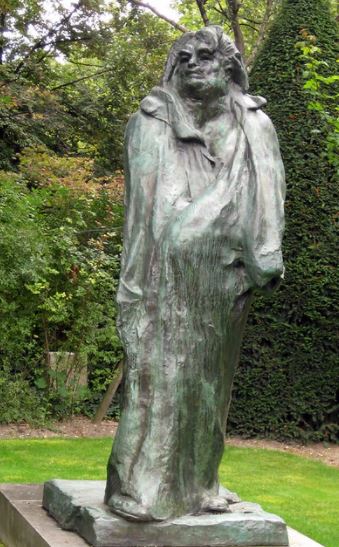 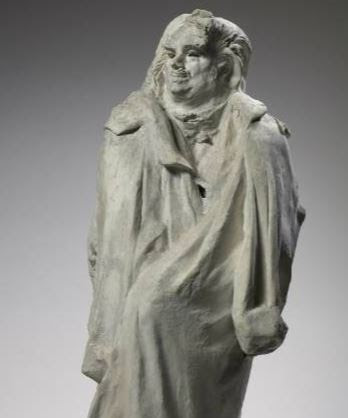 "I stopped fighting for my sculpture.  It has been able to defend itself for a long time now.  To say that I scamped my Balzac for fun is an insult which would have infuriated me in the old days.  Now I just ignore such things and carry on with my work.  My life is one long course of study.  To scoff at others would be to scoff at myself.  If truth is doomed to die, my Balzac with be smashed to pieces by generations to come.  If truth is imperishable, I predict that my statue will make its way in the world.   While we are still on the subject of this malicious rumour, which will be slow to subside, I should like to say something.  It needs to be said, and said loudly.  This work, which people have laughed at and tried to make fun of because they cannot destroy it, is the end product of my entire life and the very hub of my aesthetic.  I was a changed man from the day I first conceived it.  I developed along radical lines, forging links between the great traditions of the past and my own time—links which grow stronger every passing day.  Some may laugh at this statement.  I am inured to this and have no fear of sarcasm.  I tell you flatly, the Balzac provide me with an inspiring point of departure because its effect is not confined to my own person, because it constitutes a precept and axiom, which is still being debated and will continue to be debated for a long time to come.  The battle goes on, as it must do.  Balzac is opposed by the exponents of doctrinal aesthetics, the vast majority of the public, and most of the press critics.  No matter; by force or by persuasion, it will clear itself a way to the enlightened.  Young sculptors come to see it here and think of it while retracing their steps in the direction prescribed by their ideals."