Posted by Steve Layman at 7:53 AM No comments:

Once a development idea surfaces we subject it to a "reasonableness" test.  This vetting is fairly simple.  It involves answering the questions: 1.  Are we capable of executing the idea?  2.  Is it a worthy project with broad benefits?  3.   Are the projected financial rewards sufficient to incur the risks, both known and unknown?  4.  Will it be fun?   It did not take us very long to decide that the answer to all four questions was "Yes".

Once we decide a development idea is "reasonable", the key next step is to get the property we want to develop under our control.  In this particular case, the land was owned by the Licking County Foundation.  It had been gifted to them back in 2009.  The donor's intent was that the Foundation would sell the land and use the sale proceeds to support academic scholarships.  The value of development ground was at a low ebb in 2009.  Rather than sell if for a fraction of its 2004 value, the Foundation just held the land and collected farm rents.

Knowing that the Foundation would ultimately sell the land, we submitted to them a fair and reasonable offer — at least we thought it was fair and reasonable.  They countered our offer at a number 35% higher than our offer.  Yeow!   Some context may be useful.  The property is +/- 55 acres.   Five of those acres are located in the North Fork of the Licking River.  Another nine acres are located well within the 100 year flood plain.  We did not expect to pay for those wet and unusable fourteen acres.  They just took our per acre price for the usable land and applied it to all of the land, usable or not.   After consulting with a prospective home builder for the lots we planned to develop, we were encouraged to go ahead and accept the Foundation's counter offer.   So we did.

Once the land was under our contractual control, the juggling began. 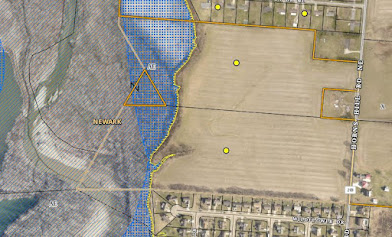 Posted by Steve Layman at 9:31 AM No comments:

Faithful readers may remember that we are sometimes in the real estate development business.  The significant economic melt-down of 2008-09 put a damper on some of our plans, and we left that part of our business on the shelf.   But, cycles cycle.  With our residential market turning red hot last year, in large part because of a supply/demand imbalance, it seemed like the right time to develop again.  It's hard to believe, but the last new residential sub-division in Newark happened in 2006.   Fifteen years is a long time between projects.

It would be nice if we could wave our magic wand and make finished building lots just appear.  The reality is it takes a bit of time.  The plan here is to share the process with you, one day at a time.

Everything starts with an idea.   This idea was, "I bet it would be fun to develop this piece of ground." 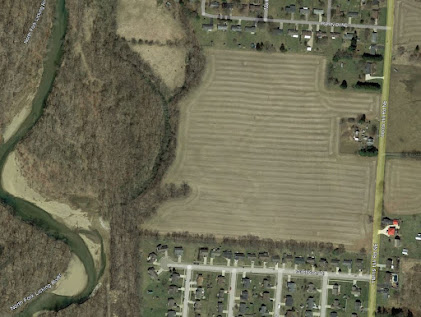 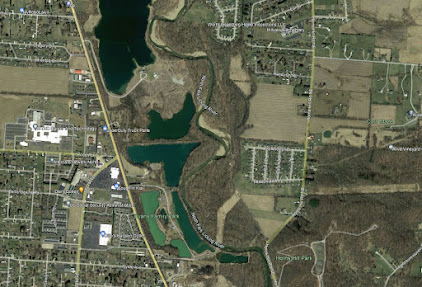 Posted by Steve Layman at 9:23 PM No comments: