Posted by Steve Layman at 6:20 AM No comments:

Posted by Steve Layman at 6:33 AM No comments:

Email ThisBlogThis!Share to TwitterShare to FacebookShare to Pinterest
Labels: 1967, Fifty Years Ago, Sports


“Never, never rest contented with any circle of ideas, but always be certain that a wider one is still possible.”

Posted by Steve Layman at 6:45 PM No comments:


A surging, seething, murmuring crowd of beings that are human only in name, for to the eye and ear they seem naught but savage creatures, animated by vile passions and by the lust of vengeance and of hate.  The hour, some little time before sunset, and the place, the West Barricade, at the very spot where, a decade later, a proud tyrant raised an undying monument to the nation's glory and his own vanity.

Posted by Steve Layman at 6:41 PM No comments:

Posted by Steve Layman at 6:15 PM No comments:

Posted by Steve Layman at 6:21 PM No comments:

Email ThisBlogThis!Share to TwitterShare to FacebookShare to Pinterest
Labels: Happiness, Life Its Ownself, Love, The dog

Posted by Steve Layman at 6:12 PM No comments:


Watching the same things happen again and again, I began to see reality as a gorgeous perpetual motion machine, in which the causes became effects that became causes of new effects, and so on.  I realized reality was, if not perfect, at least what we are given to deal with, so that any problems or frustrations I had with it were more productively directed to dealing with them effectively than complaining about them.  I came to understand that my encounters were tests of my character and creativity.  Over time, I came to appreciate what a tiny and short-lived part of that remarkable system I am, and how its both good for me and for the system for me to know how to interact with it well.

Posted by Steve Layman at 6:07 PM No comments:

It seemed the bombing would never end.  As World War II raged on, the UK was being pounded by the planes of Hitler's Luftwaffe.  But the UK was developing a secret weapon that had the power to turn the tide:  a new type of radar. ...

While the UK had cracked the problem of creating the tech, manufacturing it at a large enough scale and fast enough to save their country would be impossible.  Under relentless Nazi bombardment, there just wasn't the capacity to produce thousands upon thousands of microwave radar devices in short order.
But there was another way.  Radar technology had already benefited from collaboration between the Allied powers;  maybe once again collaboration would save Great Britain. ...
The Radiation Laboratory at MIT headed up the project.  (The name was deliberately made vague to conceal the purpose of their mission.  It was later given the much cooler nickname of the "Rad Lab.")  Thirty-five hundred people were employed at the lab, including some of the most brilliant minds of that generation.  Nine would later go on to win a Nobel Prize for other work.
The advancements they made were spectacular.  One of their systems would be used to direct UK antiaircraft fire and was responsible for taking out 85% of the German V-1 bombs, which had been tearing London apart.  Another type of radar was so sensitive it could detect the periscope on Nazi submarines, allowing the Allies to gain the edge in naval warfare.
But before these tremendous successes would be realized on the battlefield, the Rad Lab faced one enormous problem:  the damn device didn't work.  At least not consistently.  Testing the new radar off the Charles River in Cambridge, they kept experiencing failures.  Again and again, when it seemed they knew the science in and out, when they tracked down every bug, every problem, the radar would utterly fail.  It was inexplicable.  It felt like God did not want them to succeed, like some great power was actively working against them.
They were right.  But it wasn't God.  It was Harvard.
Unbeknownst to MIT,  the Radio Research Laboratory at Harvard University had received millions of dollars from the U. S. government to secretly develop radar jamming technology, which they were testing on the other side of the Charles River. ...
Luckily, before the MIT researchers had been driven absolutely insane, the presence of the unintentional "enemies" across the Charles River was made known to them, and then a new type of powerful collaboration began:  a healthy rivalry.
MIT redoubled their efforts to overcome Harvard's jamming technologies and Harvard fought back with better ways of beating MIT's radar.  The resulting progress from the two academic giants was stunning.
With Harvard's "help,"  MIT's radar became devastating:

In November 1942, U-boats claimed 117 Allied ships.
Less than a year later, in the two-month period of September
to October 1943, only 9 Allied ships were sunk, while a
total of 25 U-boats were destroyed  by aircraft equipped
with ASV radars.

And with MIT's "assistance," Harvard's jamming technology drove the Nazis into a panic:

So effective was the Allies' jamming system - it reduced
German anti-aircraft efficiency by 75% - ...
Many now believe that radar was what won the war.

-Eric Barker, as culled from Barking Up The Wrong Tree:  The Surprising Science Behind Why Everything You Know About Success Is (Mostly) Wrong

Posted by Steve Layman at 9:30 PM No comments:

Interested in a deep dive into the "irrationality" of voters?   Some science on the issue may be found here.  A wee excerpt here:
You can say whatever you want about the rationality or irrationality of Trump himself, but cognitive science does not support the claim that his voters were irrational—or, more specifically, that they were any less rational than the Clinton voters. Politics is not the place to look for objective rightness or wrongness—and that is what judgments about the rationality of voting entail. Our judgments in this domain are uniquely susceptible to myside bias.
Many of our most contentious political issues hinge on values and culture rather than facts. That may be a good thing. It could be signalling that our society has already handled the easiest issues—those that can be solved by educating everyone to accept the same facts and then implementing the obvious solution that follows from these facts.
via
Posted by Steve Layman at 7:00 PM No comments:

Email ThisBlogThis!Share to TwitterShare to FacebookShare to Pinterest
Labels: Be careful what you wish for, Choices, Judgment, Opinions, politics, Unsettled science, Values, vote, Who knows?


"If you work on your mind with your mind, how can you avoid an immense confusion?"

Posted by Steve Layman at 6:36 PM No comments:


I conducted a time-and-motion study of all my investment and management responsibilities;  it showed it would take me about 165 hours a week to achieve the level of excellence that I would be satisfied with in overseeing both our investments and management.

Email ThisBlogThis!Share to TwitterShare to FacebookShare to Pinterest
Labels: All in good time, books, Choices, Management 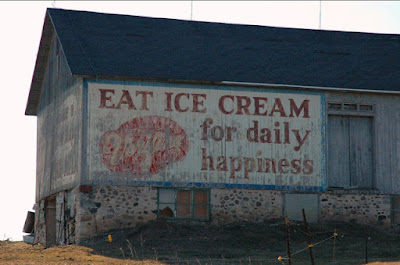 Email ThisBlogThis!Share to TwitterShare to FacebookShare to Pinterest
Labels: A sign of the times, Amen, Happiness, Ice Cream