For instance:  Things that everyone tells you that aren’t true

Posted by Steve Layman at 11:15 AM No comments:

Having said on more than one occasion that no really great music has been produced since the break-up of the Beatles, Kurt decided to prove me wrong.  I surrender.  I was wrong.

Posted by Steve Layman at 11:04 AM No comments: 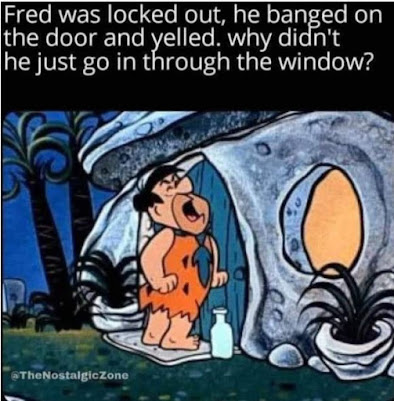 Posted by Steve Layman at 8:27 AM No comments:

The demonologists were responding to an extraordinary situation, though not the one they imagined.  From about 1560 onwards, Europe was in the grip not of Satan and his minions, but of the Little Ice Age.  Wet springs, cold summers, frequent hailstorms, crop failure and food shortages became the norm.  Glaciers advanced down Alpine valleys.  Lake Constance froze over in 1563 and again in 1671-3.  Baffled and terrified by what they saw as unnatural weather, people sought explanations and a scapegoat in the supposed maleficent practices of witches.  It has been shown that phases of particularly bad weather coincided with collective panics leading to persecutions.

-Ritchie Robertson, The Enlightenment:  The Pursuit of Happiness 1680-1790

Posted by Steve Layman at 8:26 AM No comments:

Email ThisBlogThis!Share to TwitterShare to FacebookShare to Pinterest
Labels: Blame it on them, books, Change, Climate, Weather

To the extent that a man is untrue to the law of his being and does not rise to personality, he has failed to realize his life's meaning.  Fortunately, in her kindness and patience, Nature never puts the fatal question as to the meaning of their lives into the mouths of most people.  And where no one asks, no one need answer.

-Carl Gustav Jung, from his essay "The Development of Personality"

Posted by Steve Layman at 8:26 AM No comments: