............for probably ten years.  This weekend seemed like a good time to dust it off and begin reading it:

Lewis was correct.  In 1918 an influenza virus emerged—probably in the United States—that would spread around the world, and one of its earliest appearances in lethal form came in Philadelphia.  Before that world-wide pandemic faded away in 1920, it would kill more people that any other outbreak of disease in human history.  Plague in the 1300s killed a far larger percentage of the population—more than one-quarter of Europe—but in raw numbers influenza killed more than plague then, more than AIDS today.

The lowest estimate of the pandemic's worldwide death toll is twenty-one million, in a world with a population less than one-third today's.  That estimate comes from a contemporary study of the disease and newspapers have often cited it since, but it is almost certainly wrong.  Epidemiologists today estimate that influenza likely caused at least fifty million deaths world-wide, and possibly as many as one hundred million.

-John M. Barry, The Great Influenza:  The Epic Story of the Deadliest Plague in History

Posted by Steve Layman at 5:19 PM No comments:

For the nation was then [1876], as it so often has been, at war with itself; in fact it was engaged in different wars simultaneously, each being waged on several fronts, wars that ran along the fault lines of modern America. . . .

In the South, a far more important but equally savage war was being waged as white Democrats sought "redemption" from Reconstruction in anticipation of the presidential election.  Throughout the South "rifle clubs," "saber clubs," and "rifle teams" of former Confederates were being organized into infantry and cavalry units.  Already accounts of intimidation, beatings, whippings, and murder directed against Republicans and blacks had surfaced.  After the murder of three hundred black men in a single Mississippi county, one man, convinced that the words from the Democrat's own mouths would convince the world of their design, pleaded with the New York Times, "for God's sake publish the testimony of the Democrats before the Grand Jury."

Voting returns had already begun to come in—there was no single national election day—and two months later Democrat Samuel Tilden would win the popular vote by a comfortable margin.  But he would never take office as president.  Instead the Republican secretary of war would threaten to "force a reversal" of the vote, federal troops with fixed bayonets would patrol Washington, and southerners would talk of reigniting the Civil War.  That crisis would ultimately be resolved through an extra-constitutional special committee and a political understanding:  Republicans would discard the voting returns of three states—Louisiana, Florida, South Carolina—and seize a single disputed electoral vote in Oregon to keep the presidency in the person of Rutherford B. Hayes.  But they also would withdraw all federal troops from the South and cease intervening in southern affairs, leaving the Negroes there to fend for themselves.

Posted by Steve Layman at 5:19 PM No comments:

Email ThisBlogThis!Share to TwitterShare to FacebookShare to Pinterest
Labels: books, History, lest we forget, USA

One great reason to become a history major........

Man is a rational animal—so at least I have been told.  Throughout a long life, I have looked diligently for evidence in favor of this statement, but so far I have not had the good fortune to come across it, though I have searched in many countries spread over three continents.  On the contrary, I have seen the world plunging continually further into madness.  I have seen great nations, formally leaders of civilization, led astray by preachers of bombastic nonsense.  I have seen cruelty, persecution, and superstition increasing by leaps and bounds, until we have almost reached the point where praise of rationality is held to mark a a man as an old fogy regrettably surviving from a bygone age.  All this is depressing, but gloom is a useless emotion.  In order to escape from it, I have been driven to study the past with more attention that I had formerly given to it, and have found, as Erasmus found, that folly is perennial and yet the human race has survived.  The follies of our own time are easier to bear when they are seen against the background of past follies.

-Bertrand Russell, from his 1943 essay, An Outline of Intellectual Rubbish

Posted by Steve Layman at 3:52 PM No comments:

Email ThisBlogThis!Share to TwitterShare to FacebookShare to Pinterest
Labels: Essays, History, Human Nature, the more things change the more they stay the same 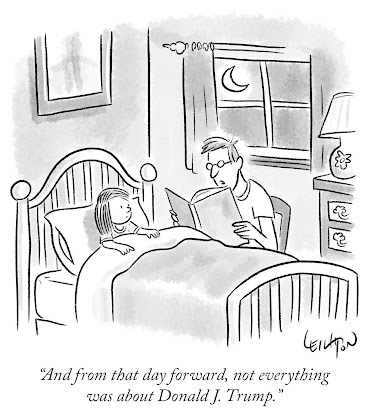 Posted by Steve Layman at 10:34 AM No comments: 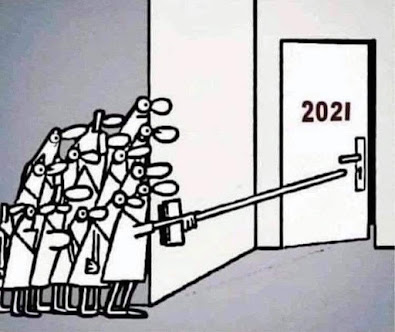 via
Posted by Steve Layman at 3:55 PM No comments:

Email ThisBlogThis!Share to TwitterShare to FacebookShare to Pinterest
Labels: 2020, 2021, Celebration 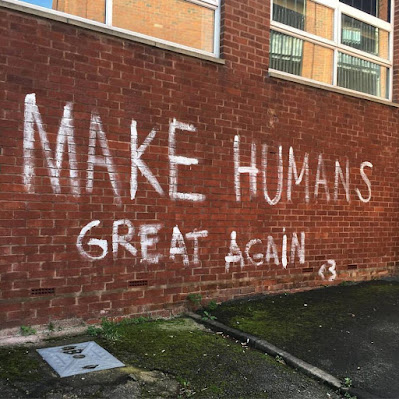 Posted by Steve Layman at 9:14 PM No comments:

"Reward thoughtfulness and consistency and responsibility."

Posted by Steve Layman at 9:44 PM No comments:

Email ThisBlogThis!Share to TwitterShare to FacebookShare to Pinterest
Labels: Bloggery, something to shoot for

In his studies with living teachers like Crates, and his conversations with the dead—that chance encounter with Socrates's teachings that the oracle had predicted—Zeno danced with wisdom.  He explored it in the agora with his students, he had thought deeply about it on long walks and tested it in debates.  His own journey toward wisdom was a long one, some fifty years from that shipwreck until his death.  It was defined not by some single epiphany or discovery but instead by hard work.  He inched his way there, though years of study and training, as we all must.  "Well-being is realized by small steps," he would say, looking back, "but is truly not small thing."

-Ryan Holiday and Stephen Hanselman,  Lives Of The Stoics:  The Art of Living from Zeno to Marcus Aurelius

Posted by Steve Layman at 9:28 PM No comments:

Email ThisBlogThis!Share to TwitterShare to FacebookShare to Pinterest
Labels: books, Let's dance, One step at a time, Stoics, Wisdom

A mind that is concentrated on a positive thought has the power to increase the likelihood that the positive thought will materialize in the world of events.  The most successful people in the world are those who hold in mind the highest good of all concerned, including themselves.  They know that there is a win-win solution to every problem.  They are at peace with themselves, which allows them to be supportive of the potential and success of others.  They do work which they love, and so feel continually inspired and creative.  They do not seek happiness; they have discovered that happiness is a by-product of doing what they love.  A feeling of personal fulfillment comes naturally from their positive contribution to the lives of others, including family, friends, groups, and the world at large. 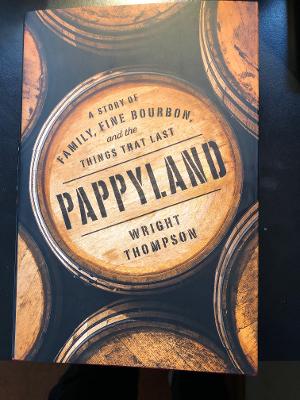 I wanted to tell Uncle Will I had noticed, not just his actions today but his actions through all these years, to let him know I loved him, and that I so appreciated the burden he recognized and shouldered.  That's a complicated thing to talk about.  I worried I didn't have the words.  Thankfully I wouldn't need words.

I reached into the bag and gripped the neck of the bottle and walked out to the waiting room.  He saw me and leapt up and we embraced.  Then I handed him the bottle.  Tears filled his eyes and there wasn't a word that needed to be said.  He took that bottle home and shares it with special people and on special occasions.  I'm not sure what it means, but the last two gifts I've given Uncle Will were that bottle and a Thomas Merton book, because I like to talk about my evolving faith with him.  There's a synchronicity at work all around us.  A few weeks later, a package arrived at my house from the Old Rip Van Winkle Distillery.  I tore open the box and gasped.  Julian had sent a hand-labeled bottle of whiskey to Wallace, bearing her name and date of birth, safe in a plush red bag.  It sits in my liquor cabinet, hopefully making the trip, waiting on a time when its presence is required to properly convey what a moment means, or what the people we are sharing that moment with mean, so we can revel in the great communal joy of being alive.

-Wright Thompson,  Pappyland:  A Story of Family, Fine Bourbon, and the Things that Last

Posted by Steve Layman at 7:16 PM No comments:

"To influence people, appeal to their dreams and aspirations, not just their needs."

-Walter Wright Thompson, as culled from this amazing essay on fatherhood and life its ownself.

Email ThisBlogThis!Share to TwitterShare to FacebookShare to Pinterest
Labels: Life Its Ownself

What made Reagan special was his boundless sense of optimism at a time when America desperately needed it.  Despite the economic hardship he inherited and the "crisis of confidence" that his predecessor had identified, Reagan managed through sheer force of personality to infuse the nation with his belief in a better tomorrow.

-Peter Baker and Susan Glasser,  The Man Who Ran Washington:  The Life and Times of James A. Baker III

Posted by Steve Layman at 9:29 AM No comments:

After years of unrest through Vietnam, Watergate, recession, and the Iran hostage crisis, Reagan reversed a sense of national decline and replaced it with a renewed confidence.  He was devoted to the new conservative catechism of lower taxes, a strong military, and anti-communism, but not so wedded to the details that it stopped him from reaching across the aisle to achieve many of his priorities with bipartisan support.  To Reagan, compromise was acceptable and course corrections necessary at times.  He did not practice the politics of personal destruction; he fought hard but treated his opponents with dignity and respect.

-Peter Baker and Susan Glasser,  The Man Who Ran Washington:  The Life and Times of James A. Baker III

Posted by Steve Layman at 9:28 AM No comments:

Baker also recognized that while Reagan talked in black and white, he governed in gray.  For all of the conservatives chanting about "let Reagan be Reagan," Baker saw time and again a president who was more pragmatic that some of his supporters assumed.  "I'd rather get 80 percent of what I want that go over the cliff with my flag flying," Reagan told Baker repeatedly.  Holding out for some pure version of policy or principle was not Reagan's way.  He was willing to take what he could get, then come back and get more the next time.  Sometimes he even took a few steps backward in interest of moving ahead another day.  "That was Ronald Reagan," said Jim Cicconi, a White House aide to Baker.  "He was the labor negotiator and he was a very principled conservative  but he believed in getting things done and he recognized that in a democracy you can't have your way 100 percent of the time."

-Peter Baker and Susan Glasser, The Man Who Ran Washington:  The Life and Times of James A. Baker III

Posted by Steve Layman at 9:27 AM No comments:

Email ThisBlogThis!Share to TwitterShare to FacebookShare to Pinterest
Labels: books, government, One step at a time, pragmatic 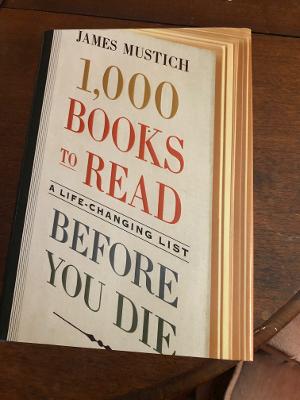 Posted by Steve Layman at 9:01 AM No comments: