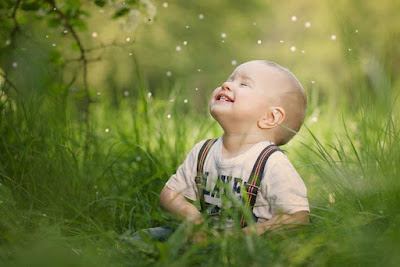 What gives you joy?  Playing with babies or young children?  Visiting with friends or family?  Art, music, old movies, mystery novels, or comic strips?  It's important to bring joy into your life on a regular basis, even if this notion feels self-indulgent.  Consider joy as part of your recommended daily dose of essential vitamins.  "Vitamin J" is vital to your well-being.

image via
Posted by Steve Layman at 7:08 AM No comments:


Why was Adams so excited on a subject most of his peers dismissed as a species of zealotry?  First, he believed, more fervently than did many other men, that all politics, and all policy, rested on the foundation of "public morals."  Almost half a century earlier, Adams had delivered a graduation address at Harvard that contrasted the "austere republican principles" of the revolutionary generation with the "selfish and contracted principles" of his own time.  There was nothing in Adams of the rational utilitarianism of his one-time friend Jeremy Bentham.  The former president was not just a deeply committed Christian but a Puritan who believed that both men and societies were continually called to defend virtue in a fallen world.  Masonry was both a moral crime and a public menace.  This view set him apart from the other great statesmen of his day.  Clay, Calhoun, and Webster, who worried more about the political influence of Anti-Masonry, the threat it posed to their own National Republican Party, then about the alleged dangers of Masonry itself.  Adams was fully prepared to pay the political price.

Posted by Steve Layman at 6:56 AM No comments: 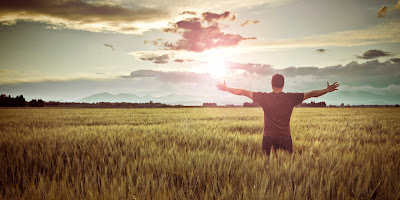 "We cannot feign gratitude any more than we can pretend forgiveness.  Gratitude is a way of seeing, of being.  It is a response of our innate wisdom to our accumulated confusion.  It is the luminous ground on which we plant our temporary feet."

Stephen Levine,  A Year To Live:  How To Live This Year As If It Were Your Last

image via
Posted by Steve Layman at 6:35 PM No comments:


Some self-help books have made "codependence" into a pathologic diagnosis.  Certainly, unhealthy relationships do exist that reinforce people's addictions and unhealthy patterns of behavior.  That's not what we are talking about here.  It is wholly natural, normal, and necessary for human beings to depend on one another.  Wholesome codependence is part of loving relationships between spouses, parents, and children and close friends.

Human beings are innately social animals.  It is natural for people to live in community with one another - rather than merely in proximity to one another.  Living in community means acknowledging our innate interdependence and accepting a level of mutual  responsibility for one another.  The most concrete example of this fact is the government's pledge to care for its citizens with Social Security.  But the principle of shared responsibility is evident in a thousand expectations and norms of behavior not only within the body politic, but also in the civic communities of towns and neighborhoods and in workplaces, social clubs, and congregations.  It is a mark of a healthy community that members care for one another during periods of stress and need, and can be counted on to do so.

Posted by Steve Layman at 5:42 PM No comments: 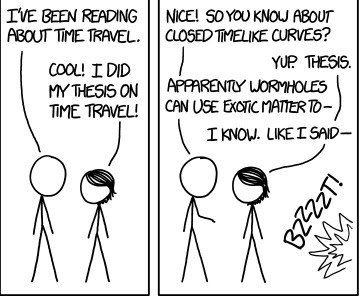 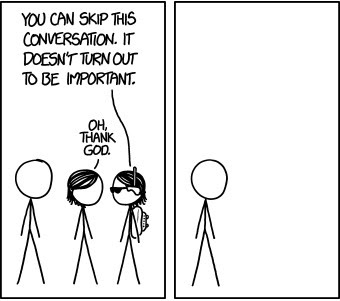 via
Posted by Steve Layman at 5:18 PM No comments:

Posted by Steve Layman at 3:39 PM No comments:


The Report of the Minority of the Committee of Manufacturers Submitted to the House of Representatives February 28, 1833 bore very little resemblance to the report of a Congressional committee.  It was, rather, a single-minded effort to obliterate the edifice Adams believed that Jackson and his allies were seeking to erect in lieu of the American System.  Adams began by taking exception to a phrase from the [President Andrew Jackson's] annual message:  "The wealth and strength of its country are its population, and the best part of that population are the cultivators of the soil."  Adams insisted that the "cultivators" Jackson had in mind were not Jefferson's yeomanry but rather the wealthy landowners of the South who constituted America's feudal order.  He insisted that the entire system envisioned in the president's annual message was designed to serve that order.  Echoing Jackson's own language, he asserted that the president wished to reduce the federal government to "a simple machine."  Simplicity, Adams declared, "is the essential characteristic in all slavery," for all men were either masters or slaves.  The government of a free people is bound to be complex, for relations among them, the play of their interests, must be complex.  Here was a new weapon in Adams' rhetorical armamentarium:  the play on words, turning the word "simple" against itself, as he had earlier with "machine."

Posted by Steve Layman at 3:03 PM No comments:

Posted by Steve Layman at 1:40 PM No comments:


"My grandfather often reminded us that if we didn't work, we didn't eat, and that if we didn't plant, we couldn't harvest.  There is always a relationship between responsibilities and benefits.  In agrarian societies, that is more obvious.  As society become more complex and specialized, it is more difficult to discern.  But it is equally true.  If you continue to run up charges on your credit card, at some point you reach your credit limit.  If you continue to make withdrawals from your savings account, you eventually deplete your funds.   Likewise, if we continue to consume the benefits of a free society without replenishing or nourishing that society, we will eventually deplete that as well."

-Clarence Thomas, as excerpted from here

Posted by Steve Layman at 1:12 PM No comments:

Posted by Steve Layman at 12:33 PM No comments:

In the wide, wide world of the Intertunnel...


......that a biased press is an integral part of our grand history:

The Adams press did not cede the low ground to the Telegraph or the Franklin Gazette.   Charles Hammond, of the Cincinnati Gazette, brought out a special journal, Truth's Advocate and Monthly Anti-Jackson Expositor, to publish only malicious material on the Democratic candidate.  The pro-administration press had made hay from the discovery that Jackson had ordered six militia men court-martialed and executed during the Creek War.  John Binns of the Democratic Press had the inspired idea of printing up a black-bordered handbills with the names of the six men, and below them, six coffins; a mournful bit of doggerel recalled "Those shrieks!  That cry of Death!" when the men were shot.  The "Coffin Hand Bill" was widely circulated and probably did a good deal more damage than had the samples of Jackson's mangled prose - though the truth was that the six men had mutinied, broke into the commissary, and deserted.  No prior election in American history had begun to approach the campaign of 1828 for sheer vileness and dishonesty;  it would be hard to say which side sunk lower.

-James Traub,  John Quincy Adams:  Militant Spirit.  The result of the election of 1828 was that Andrew Jackson denied John Quincy Adams's re-election bid.
Posted by Steve Layman at 11:48 AM No comments: