Word-thinking is a term I invented to describe a situation in which people are trying to win an argument by adjusting the definition of words.  In these situations there is no appeal to reason.  But that's okay, because facts and logic are not persuasive anyway.  Word-thinking happens when people are bad at logic but don't realize it.  And that's most of us, most of the time.  So you see this form of nonthinking more than any other. ...
We saw a lot of word-thinking in the presidential race of 2016.  At the beginning of the election cycle we saw an ongoing debate about whether Donald Trump was "conservative" enough to be the Republican nominee.  The people who said he was not a true conservative were trying to use work-thinking to eliminate Trump from consideration as the Republican candidate.  Their problem was that people did not agree on what it meant to be conservative, nor did the public think it was especially important for Trump's talents and policies to map some undefined political label.  This was the blind spot in the Republican Party that allowed Trump to become their leader without being especially conservative.  The entrenched interests in the GOP were doing word-thinking - literally the worst form of persuasion - to protect themselves from a Master Persuader with an enormous stockpile of persuasion weaponry.  It was never a fair fight.  As a trained persuader, I could see this developing from the start.  As long as the Republican establishment clung to word-thinking for their defense, they had no defense at all.

-Scott Adams,  as excerpted from Win Bigly:  Persuasion in a World Where Facts Don't Matter


After three years at Glasgow Smith went on to spend another six, from 1740 to 1746, as a student at Oxford University's Balliol College.   In stark contrast to his experience at Glasgow, Smith found his classes at Oxford exceedingly uninspiring.  He later remarked that the professors there has "given up altogether even the pretence of teaching," and he was also clearly thinking of Oxford when he wrote that the best endowed universities often serve as "sanctuaries in which exploded systems and obsolete prejudices found shelter and protection, after they had been hunted out of every other corner of the world."

-Dennis C. Rasmussen,  The Infidel And The Professor:  David Hume, Adam Smith, And The Friendship That Shaped Modern Thought

Posted by Steve Layman at 12:55 AM No comments:

Email ThisBlogThis!Share to TwitterShare to FacebookShare to Pinterest
Labels: books, College, Schooling, the more things change the more they stay the same

The Covenant is not collectivist....

To love God and to love thy neighbour: that is the whole teaching. Everything follows from that.   This is a politics in opposition to politics; a politics that produces martyrs, for the principle at its heart cannot be explained to the Princes of this World.
-David Warren, as culled from this post
Posted by Steve Layman at 12:50 AM No comments:

Posted by Steve Layman at 12:45 AM No comments:

Email ThisBlogThis!Share to TwitterShare to FacebookShare to Pinterest
Labels: Let's dance, Movies, Music, They don't make them like that anymore

Posted by Steve Layman at 12:18 AM No comments: 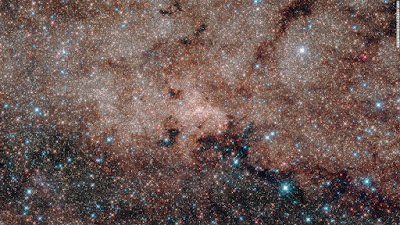 Jerry Seinfeld kept photos from the Hubble Space Telescope up on the wall in the Seinfeld writing room. “It would calm me when I would start to think that what I was doing was important,” he told Judd Apatow, in Sick in the Head. “You look at some pictures from the Hubble Telescope and you snap out of it.” When Apatow said that sounded depressing, Seinfeld replied, “People always say it makes them feel insignificant, but I don’t find being insignificant depressing. I find it uplifting.”


-as copy and pasted from Austin Kleon

Posted by Steve Layman at 12:05 AM No comments:


The Scottish Enlightenment is now widely regarded as an intellectual golden age, the rival of Periclean Athens, Augustan Rome, and Renaissance Italy.  There is even a best-selling book recounting How the Scots Invented the Modern World.  Some of the leading men of letter of the period, in addtion to Hume and Smith, included Hugh Blair, Adam Ferguson, Henry Home (Lord Kames), Francis Hutcheson, John Millar, Thomas Reid, William Robertson, and Dugald Stewart.

-Dennis C. Rasmussen,  The Infidel And The Professor:  David Hume, Adam Smith, And The Friendship That Shaped Modern Thought


"The spirit of true religion breathes gentleness and affability; it gives a native, unaffected ease to the behavior; it is social, kind, cheerful; far removed from the cloudy and illiberal disposition which clouds the brow, sharpens the temper, and dejects the spirit."

-Hugh Blair, as quoted in the Dictionary of Burning Words of Brilliant Writers (1895)

Posted by Steve Layman at 12:19 AM No comments:


"Man, in his animal capacity, is qualified to subsist in every climate."