The problems of today were caused by yesterday's technological successes, and the technological solutions to today's problems will cause the problems of tomorrow.  This circular expansion of both problems and solutions hides a steady accumulation of small net benefits over time.  Ever since the Enlightenment and the invention of science, we've managed to create a tiny bit more than we've destroyed each year.  But that few percent positive difference is compounded over decades into what we might call civilization.

Posted by Steve Layman at 1:58 PM No comments: 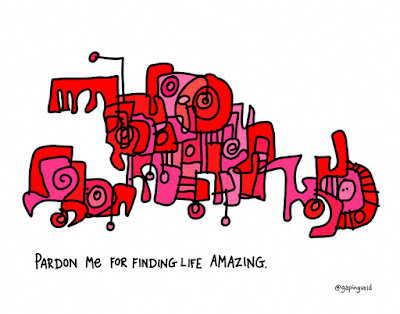 thanks hugh
Posted by Steve Layman at 7:47 AM No comments:

Email ThisBlogThis!Share to TwitterShare to FacebookShare to Pinterest
Labels: Hugh, Life is Good, Life Its Ownself

courtesy of the wondrous Thrive

Posted by Steve Layman at 7:13 AM No comments:

Posted by Steve Layman at 7:06 AM No comments:

Email ThisBlogThis!Share to TwitterShare to FacebookShare to Pinterest
Labels: Bloggery, Focus, One Day at a Time, Practice


"If you commit to nothing, then you’ll find that it’s easy to be distracted by everything."
-James Clear
via and via
Posted by Steve Layman at 6:40 AM No comments:

...............us people heavily invested in real estate are still more worried about deflation than inflation. It might even be safe to say that we are rooting for a bit more inflation.   Here is a chart from Calculated Risk (which, by the way, is a wondrous blog) showing inflation trends for the past 15 years: 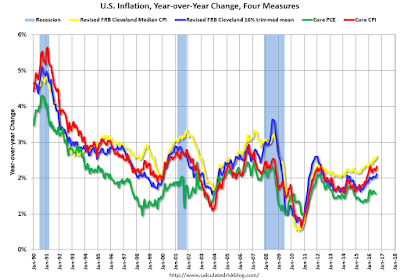 enlargeable graph, and back story, here


Posted by Steve Layman at 4:50 PM No comments:


We are like actors in a play.  The divine will have assigned us our roles in life without consulting us.  Some of us will act in a short drama, others in a long one.  We might be assigned the part of a poor person, a cripple, a distinguished celebrity or public leader, or an ordinary citizen.
Although we can't control which roles are assigned to us, it must be our business to act our given role as best as we possible can and to refrain from complaining about it.  Wherever you find yourself and in whatever circumstances, give an impeccable performance.
If you are supposed to be a reader, read; if you are supposed to be a writer, write.

Posted by Steve Layman at 7:14 AM No comments:


"Therefore, it could look like the economy is stagnating and experiencing very low rates of growth using GDP as the measure of economic performance, even though our standard of living could be improving significantly."
-Mark J. Perry, as excerpted from this post highlighting the almost freeness of music these days.  His message is hard to ignore when you consider we all walk around with an awful lot of computing power in our pockets.

Posted by Steve Layman at 7:04 AM No comments:

"I’m amazed at how many advisors or brokers from the older generations seem to have completely ignored the children of their clients."
-Ben Carlson, as excerpted from this post

My sister is now advised (rather successfully I might add) by the son of our parents' advisor.  Paying attention to relationships does matter.

"In our minds, Clinton went from being a stylish and energetic personality to a hospice patient dressed like a North Korean dictator at a rave."
-Scott Adams, as excerpted from here

Posted by Steve Layman at 7:19 PM No comments: 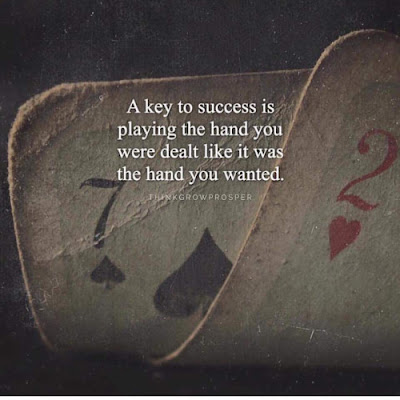 Posted by Steve Layman at 7:11 PM No comments:

thanks
Posted by Steve Layman at 7:32 PM No comments:

On February 9, 1845, Adams rose again with an apology for his feeble condition - and proceeded to fill the entire hour to which speeches were now limited.  As the question of legal title had been much debated, he wished to shed some light on the foundations of the question.  He bade the clerk open the Bible and read "what I conceive to be the foundation of our title, Genesis 1:26-8" - the passage in which God commanded man to be fruitful and multiply and gave him dominion over the fish of the sea and the fowl of the air.  Then he had him read Psalm 2, verse 8:  "Ask of me, and I shall give thee the heathen for thy inheritance, and the uttermost parts of the earth for thy possession."  Adams then explained that this power was understood to have passed from God to Christ, and from Christ to his vicar, the Pope, who in turn allotted lands to Christian kings.  Americans might mock such a genealogy, but what was the foundation of Massachusetts', or Virginia's, title to its land but a grant from Charles 1?
Adams' point was that all the principles of international law that governed title were based upon historical conventions.  Did King Charles have the right to give pieces of North America to British settlers?  Alternatively, discovery was said to confer title, but why should this be so?  "All these titles," Adams said, "are imperfect."  Neither England not the United States could claim "clear and unquestionable" title to Oregon.  Yet there was an answer to this vexed problem.  "There is nothing complete in the way of title but actual possession,"  Adams said.  This was the scriptural foundation of title, set forth in Genesis.  "Actual possession" required tillage and husbandry, which is why Indians could not claim to have possessed the land over which they had immemorially ranged.  Great Britain, like the Indians, used Oregon to hunt animals for fur.  "We claim the country for what?," Adams continued.  "To make the wilderness blossom as the rose, to establish laws, to increase, multiply and subdue the earth, which we are commanded to do by the first behest of the Almighty God."

Posted by Steve Layman at 5:27 PM No comments:


As you think, so you become.  Avoid superstitiously investing events with power or meanings they don't have.  Keep your head.  Our busy minds are forever jumping to conclusions, manufacturing and interpreting signs that aren't there.
Assume instead, that everything that happens to you does so for some good.  That if you decided to be lucky, you are lucky.   All events contain an advantage for you - if you look for it!

-Epictetus,  A Manual For Living

Posted by Steve Layman at 3:51 PM No comments:

I'm glad somebody thinks about this stuff......


This has set up the current culture clash between the People of the Book and the People of the Screen.  The People of the Book today are the good hard-working people who make newspapers, magazines, the doctrines of law, the offices of regulations, and the rules of finance.  They live by the book, by the authority derived from authors.  The foundation of this culture is ultimately housed in texts.  They are all on the same page, so to speak.
The immense cultural power of books emanated from the machinery of reproduction.  Printing presses duplicated books quickly, cheaply and faithfully.  Even a butcher might own a copy of Euclid's Elements, or the Bible, and so printed copies illuminated the minds of citizens beyond the gentry.  This same transformative machinery of reproduction was applied to art and music, with equivalent excitation.  Printed copies of etchings and woodcuts brought the genius of visual art to the masses.  Cheaply copied diagrams and graphs accelerated science.  Eventually, inexpensive copies of photography and recorded music spread the reproductive imperative of the book even wider.  We could churn out cheap art and music as fast as books.
This reproductive culture has, in the last century or so, produced the greatest flowering of human achievement the world has ever seen, a magnificent golden age of creative works.  Cheap physical copies have enabled millions of people to earn a living directly from the sale of their art to the audience, without the weird dynamic of having to rely on patronage. ...

But today most of us have become People of the Screen.  People of the Screen tend to ignore the classic logic of books or the reverence for copies;  they prefer the dynamic flux of pixels.  They gravitate toward movie screens, TV screens, computer screens, iPhone screens, VR goggle screens, tablet screens, and in the near future massive Day-Glo megapixel screens plastered on every surface.  Screen culture is a wold of constant flux, of endless sound bites, quick cuts, and half-baked ideas.  It is a flow of tweets, headlines, instagrams, causal texts, and floating first impressions.  Notions don't stand alone but are massively interlinked to everything else; truth is not delivered by authors and authorities but is assembled in real time piece by piece by the audience themselves.  People of the Screen make their own content and construct their own truth.

Posted by Steve Layman at 1:44 PM No comments:


One way to bring joy into the lives of others is to cancel a meeting. ~ The young may watch the object while the old will study the person. ~ You can learn a great deal from a terrible teacher. ~  Be wary of anyone who thinks of the government as their family business. ~  A class on self-control could be more helpful to larger numbers than one on geometry. ~ The best spellers are not too proud to consult a dictionary.

-as excerpted from this edition of the Execupundit's Random Thoughts

Posted by Steve Layman at 7:17 AM No comments: 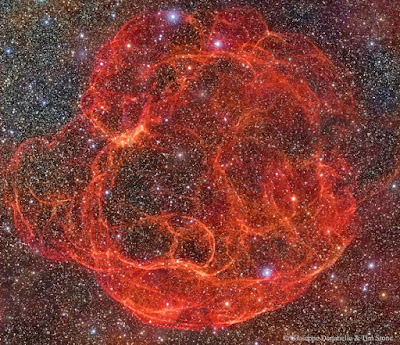 A man said to the universe: “Sir, I exist!”“However,” replied the universe, “The fact has not created in me A sense of obligation.”

via
Posted by Steve Layman at 7:00 AM No comments:


“The closest you will ever come in this life to an orderly universe is a good library.” -Ashleigh Brilliant

Posted by Steve Layman at 6:07 AM No comments: 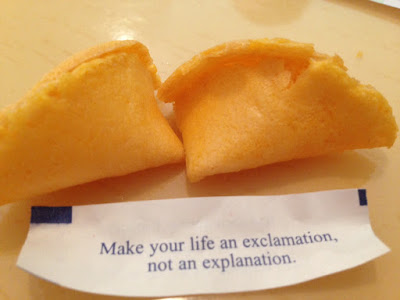 Posted by Steve Layman at 10:15 PM No comments:

Posted by Steve Layman at 9:53 PM No comments:

Email ThisBlogThis!Share to TwitterShare to FacebookShare to Pinterest
Labels: 1966, Fifty Years Ago, Music


Eric Hoffer said, “Every great cause begins as a movement, becomes a business, and eventually degenerates into a racket.” Official Conservatism™ is well into the racket stage. The adherents, if they even believe in anything other than personal enrichment, defend the cause solely because it is where the money is at the movement. They are ideological Willie Suttons. They are “conservatives” because right now that’s where they can make money. When the time comes, they will move on to something else.

-as borrowed from here

Posted by Steve Layman at 6:51 PM No comments:

Email ThisBlogThis!Share to TwitterShare to FacebookShare to Pinterest
Labels: A Good Cause, Bloggery, Costs of Doing Business, Philosophy, politics, Punditry


People don't have the power to hurt you.  Even if someone shouts abuse at you or strikes you, if you are insulted, it is always your choice to view what is happening as insulting or not.  If someone irritates you, it is only your own response that is irritating.  Therefore, when anyone seems to be provoking you, remember that it is only your judgment of the incident that provokes you.  Don't let your emotions get ignited by mere appearances.
Try not to merely react in the moment.  Pull back from the situation.  Take a wider view;  compose yourself.

-Epictetus, from A Manual For Living

Posted by Steve Layman at 5:38 PM No comments:

It's taken me 60 years, but I had an epiphany recently:  Everything, without exception, requires additional energy and order to maintain itself.  I knew this in the abstract as the famous second law of thermodynamics, which states that everything is falling apart slowly.  This realization is not just the lament of a person getting older.  Long ago I learned that even the most inanimate things we know of - stone, iron columns, copper pipes, gravel roads, a piece of paper - won't last very long without attention and fixing and the loan of additional order.  Existence, it seems, is chiefly maintenance.

-Kevin Kelly,  The Inevitable:  Understanding The 12 Technological Forces That Will Shape Our Future

Posted by Steve Layman at 4:41 PM No comments: