Roughing in the building pads.

One of the things that makes this sub-division project hopeful is that we have already contracted for the sale of all of the finished lots with a production builder.  Our lot buyer is a NYSE company, so we know they are capable.   Having worked with some of their people before, we know they are both fair and particular about what they want.  One of the things they want are lots-ready-to-build-on.  That means, besides the obvious things like having all the utilities available at the lot, that the lots have been graded and compacted to their specification.  Once they get their building permits and buy lots, they can immediately begin construction.  All the earth work has been done - by us. 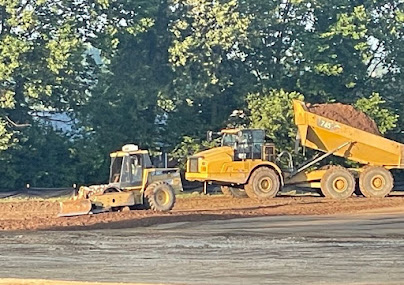 Posted by Steve Layman at 9:42 AM No comments:

Extending the sanitary sewer lines into the development.

Once the 55 acres were annexed into the City of Newark we became eligible to tap into Newark's water and sewer systems.  Fortunately, the closest suitably sized sewer line was only a few hundred feet away.

Playing in the dirt/mud, also known as stripping the top soil: 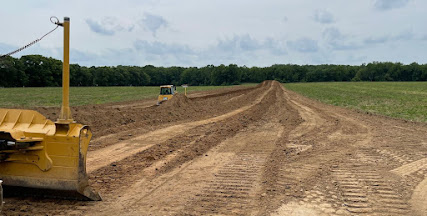 Posted by Steve Layman at 6:50 AM No comments:

The juggling mentioned at the end of Episode 2 involves all of the things that have to happen before the actual work begins.  We will revisit those things later. Let's start the actual development work:

A year ago the land was tilled and corn planted.  This growing season nothing was planted, we just let God have her way.  The very first step was to mow: 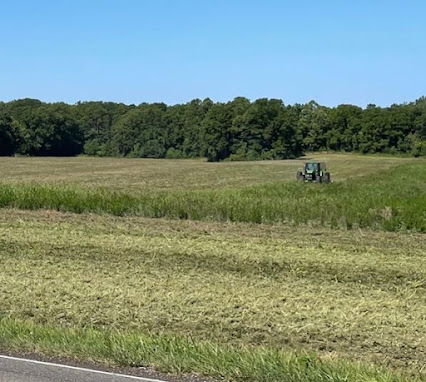 Once the mowing was completed, the second step was to call OUPS (Ohio Utilities Protection Service).  The "call before you dig" people come out an mark any underground utilities in the area being worked on.  Fortunately for us, the only thing we need to be careful of is the underground telephone/cable line - marked by OUPS in yellow -  out by the road. 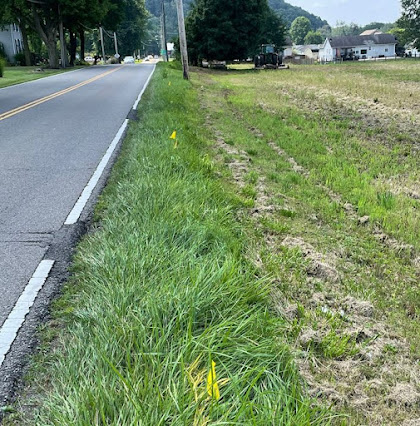 Technology is a wonderful thing.  Elevations are important in development.  Everything has its place and it needs to be in the right place.  GPS handles much of that work today.  The third step was for the engineers to set up the GPS system for the project: 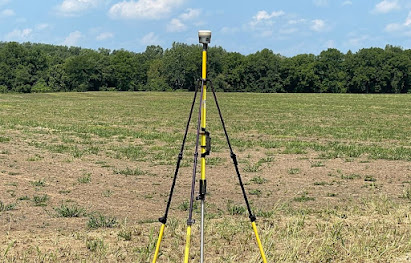 One of the things that is required of developers is to establish erosion control.  Apparently it is considered bad form to allow soil for our project to end up in our neighbors' yards.  To be good neighbors and to keep that from happening, 1,650 lineal feet of silt fencing was installed: 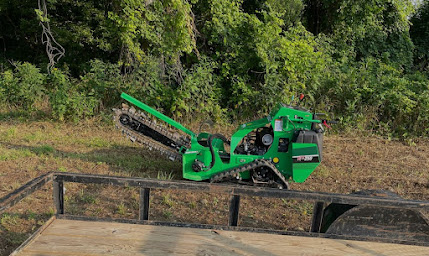 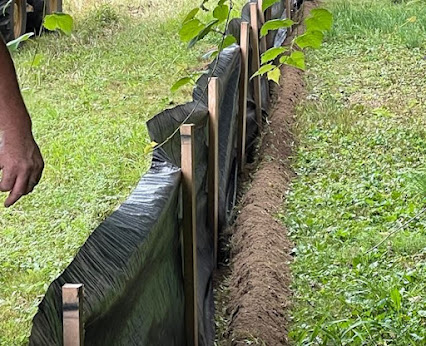 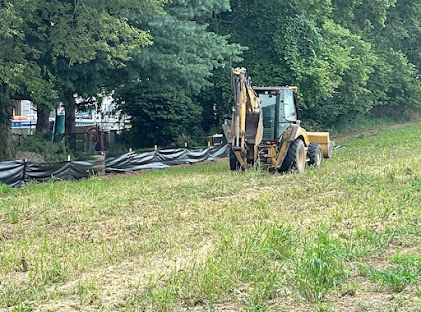 Once the silt fence was installed, the process of removing all of the top soil commenced: 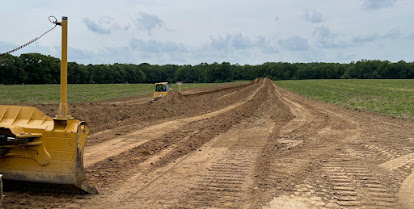