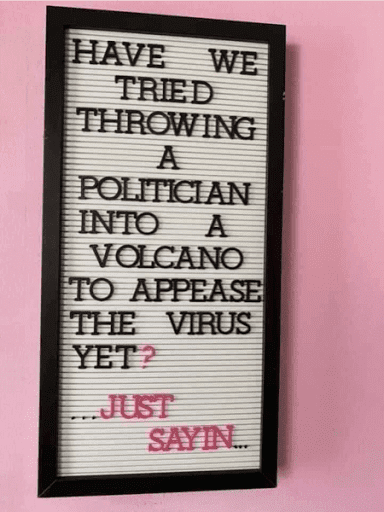 Email ThisBlogThis!Share to TwitterShare to FacebookShare to Pinterest
Labels: Don't try this at home, politics, Sacrifice, Why not?

One of the flaws in the way we recount stories of innovation is that we unfairly single out individuals, ignoring contributions of lesser mortals. . . . Innovation is not an individual phenomenon, but a collective, incremental and messy network phenomenon.

-Matt Ridley, How Innovation Works And Why It Flourishes in Freedom

Posted by Steve Layman at 4:44 PM No comments:

Email ThisBlogThis!Share to TwitterShare to FacebookShare to Pinterest
Labels: books, Innovation, Nothing if not messy, One step at a time 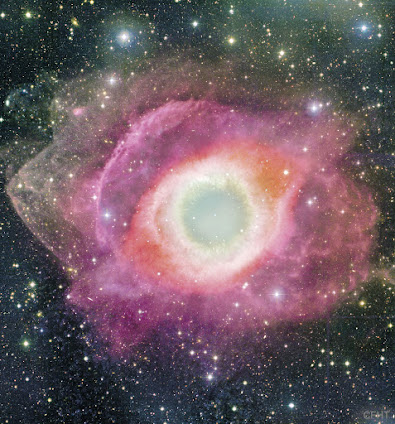 Posted by Steve Layman at 4:43 PM No comments:

Email ThisBlogThis!Share to TwitterShare to FacebookShare to Pinterest
Labels: APOD

Two equally skilled chess players sit waiting for the game to begin—which one has the advantage?  Two identical armies meet on a featureless plain—which one has the advantage?  The answers to these questions is "neither," because advantage is rooted in differences—in the asymmetries among rivals.  In real rivalry, there are an uncountable number of asymmetries.  It is the leader's job to identify which asymmetries are critical—which can be turned into important advantages.

-Richard P. Rumelt, Good Strategy Bad Strategy:  The Difference and Why It Matters

Posted by Steve Layman at 4:43 PM No comments:

Email ThisBlogThis!Share to TwitterShare to FacebookShare to Pinterest
Labels: Choices, Leadership, never let book learning get in the way of your education, Strategy, the beat of a different drummer

We,  human beings, are a species that's not only capable of acting on hidden motives—we're designed to do it.  Our brains are built to act in out self-interest while at the same time trying hard not to appear selfish in front of other people.  And in order to throw them off the trail, our brains often keep "us," our conscious minds, in the dark.  The less we know of our own ugly motives, the easier it is to hide them from others.

Self-deception is therefore strategic; a ploy our brains use to look good while behaving badly.  Understandably, few people are eager to confess to this kind of duplicity.  But as long as we continue to tiptoe around it, we'll be unable to think clearly about human behavior.  We'll be forced to distort or deny any explanation that harks back to our hidden motives.  Key facts will remain taboo, and we'll forever be mystified by our own thoughts and actions.  It's only by confronting the elephant, then, that we can begin to see what's really going on.

-Kevin Simler and Robin Hanson,  The Elephant In The Brain

Posted by Steve Layman at 7:53 PM No comments:

So what, exactly, is the elephant in the brain, this thing we're reluctant to talk and think about?  In a word, it's selfishness—the selfish part of our psyches.

But it's actually broader than that.  Selfishness is just the heart, if you will, and an elephant has many other parts, all interconnected.  So throughout the book, we'll be using "the elephant" to refer not just to human selfishness, but to a whole cluster of related concepts:  the fact that we're competitive social animals fighting for power, status and sex; the fact that we're somethings willing to lie and cheat to get ahead; the fact that we hide some of our motives—and that we do so in order to mislead others.  We'll also occasionally use "the elephant" to refer to our hidden motives themselves.  To acknowledge any of these concepts is to hint at the rest of them.  They're all part of the same package, subject to the same taboo.

-Kevin Simler and Robin Hanson,  The Elephant In The Brain

Posted by Steve Layman at 7:52 PM No comments:

The earliest Homo Sapiens lived in small tight-knit bands of 20 to 30 individuals.  These bands were our "groves" or "forests" in which we competed not for sunlight, but for resources more befitting a primate:  food, sex, territory, social status.  And we had to earn these things, in part, by outwitting and outshining our rivals.

This is what's known in the literature as the social brain hypothesis, or sometimes the Machiavellian intelligence hypothesis.  It's the idea that our ancestors got smart primarily in order to compete against each other in a variety of social and political scenarios.

"The way the brains of human beings have gotten bigger at an accelerating pace," writes Matt Ridley in his book on evolutionary biology, The Red Queen, "implies that some such within-species arms race is at work."  Steven Pinker and Paul Bloom also emphasize intra-species competition as an evolutionary cause of our intelligence.  In an influential 1990 article on language evolution, they write, "Interacting with an organism of approximately equal mental abilities whose motives are at times outright malevolent makes formidable and ever-escalating demands on cognition."

Robert Trivers goes even further.  He argues that it was the arms race between lying and lie detection that gave rise to our intelligence.  "Both the detection of deception and often its propagation have been major forces favoring the evolution of intelligence.  It is perhaps ironic that dishonesty has often been the file against which intellectual tools for truth have been sharpened."

-Kevin Simler and Robin Hanson, The Elephant In The Brain

Posted by Steve Layman at 7:51 PM No comments: 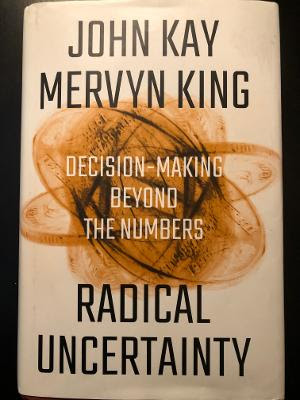 "Good strategies for a radically uncertain world avoid the pretense of knowledge — the models and bogus quantification which require users to make up things they do not know and could not know. . . . Good strategies for a radically uncertain world acknowledge that we do not know what the future will hold.  such strategies identify reference narratives, visualise alternative future scenarios and ensure that plans are robust and resilient to a range of plausible alternatives. . . . Robust and resilient plans confer positive options — opportunities to take advantage of developments which are not currently foreseen with any specificity or perhaps at at all — and avoid negative ones, which close off alternatives and limit future developments to those which can currently be envisioned. "

This is an interesting and worthwhile book.  If it was 100 pages shorter, I would have recommended it.

Posted by Steve Layman at 8:13 PM No comments:

Email ThisBlogThis!Share to TwitterShare to FacebookShare to Pinterest
Labels: books

Thales of Miletus, a Greek philosopher, made important discoveries in geometry and careful observations of the frequency of natural events.  His prediction of the solar eclipse in 585 BC was described by Isaac Asimov as 'the birth of science'.  Thales also used his scientific knowledge to anticipate an especially plentiful olive harvest.  He bought options on all the olive presses in Miletus, and when demand soared he rented them out at a substantial profit.  According to Aristotle, Thales' motive was not primarily pecuniary;  he aimed to provide an answer to the question so often thrown at philosophers and economists:  'If you're so smart, why aren't you rich?"

Posted by Steve Layman at 8:11 PM No comments:

"A multitude of words is no proof of a prudent mind."