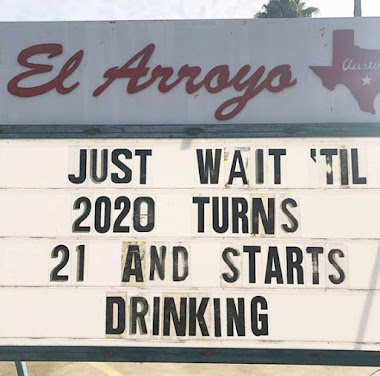 Posted by Steve Layman at 8:48 AM No comments: 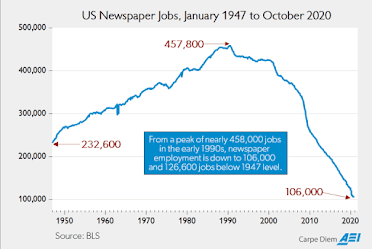 Posted by Steve Layman at 8:41 AM No comments:

Posted by Steve Layman at 8:22 AM No comments:

21.  I know that of all the super-powers, courtesy consistently surprises and cannot be beaten.

Posted by Steve Layman at 8:20 AM No comments:

For farmers, whiskey was the only way to get full value from their crops.  Not everyone had access to markets and distribution methods, so to feed their family and keep their land, a man sought to do something with the surplus of a harvested crop.  The dominate crop at the time was rye.  They were spending time and money carefully planting and growing rye, and saw no point in watching that money rot before their eyes.

So they turned rye into whiskey.

What happened next would send ripples into the American future that we're still dealing with today:  it began with a man who'd become the subject of a huge Broadway musical and ended with Jefferson's Republican Party replacing Washington's Federalist Party.  The American Revolution earned the country its freedom but cost incredible amounts of money, most of it paid for by state-financed debt.  Treasury Secretary Alexander Hamilton wanted the federal government to assume that debt and impose a sizable whiskey tax to help pay for it.  He saw it as a sin tax, ignoring the economic realities of rural life that led to whiskey's distillation in the first place.  It wasn't the first time a city dweller didn't understand life in a world different from his or her own.

-Wright Thompson, Pappyland:  A Story Of Family, Fine Bourbon and the Things That Last

Posted by Steve Layman at 9:01 PM No comments:

George Washington, who made whiskey at Mount Vernon knew different.

He opposed the tax at first, but a listening tour through Virginia and Pennsylvania in 1791 persuaded him.  Congress passed the bill.  And then, to use academic historian language, the farmers and distillers in Western Pennsylvania, the frontier at the time, went batshit crazy.  This was the first bubbling of the Tea Party Movement, the anti-government strain that continues to exert great control over American politics.  The new sin-tax punished farmers who needed to make whiskey to maintain value, which meant that the farther away from the seats of power a man lived, the more likely he was to get hit by this tax.  And the large distillers used their influence to keep the bill from crushing their businesses;  they paid six cents per gallon and accrued substantial tax breaks.  Small distillers paid nine cents per gallon

The revolt that simmered and ultimately forced Washington to send in troops is now known as the Whiskey Rebellion.  Until it was quelled, real fear existed that it could turn into a second revolution.  Washington himself rode at the front of his army. . . .

President Washington won the rebellion and strengthened the power of the federal government, but in the process the major debate in American public life was cemented, baked in, really.  Nearly every political and cultural flashpoint we've experienced since is descended from this divide.  Hamilton favored concrete and tall buildings and Wall Street, where he's buried, while Jefferson favored Main Street and the dirt of rural America in which he's buried.  Violence and discord over Hamilton versus Jefferson remain the greatest threats to the health of our experiment in democracy.

Wright Thompson, Pappyland:  A Story Of Family, Fine Bourbon, and the Things That Last

Posted by Steve Layman at 9:01 PM No comments:

We in this country have been going through a long, dark night of self-criticism.  We have been telling ourselves that America has tried to run the world, that it is corrupt, that many of our institutions have failed us and need to be "dismantled" under the guise of "reform."  Confession may be good for the soul, but there comes a time when too much confession makes us weaker rather than stronger.

Sure we made mistakes, but who in this world doesn't?

Posted by Steve Layman at 8:32 PM No comments:

Email ThisBlogThis!Share to TwitterShare to FacebookShare to Pinterest
Labels: books, History, Mistakes were made, Self-knowledge, the more things change the more they stay the same, USA

By contrast, Epictetus, in typical Stoic fashion, continually warned his students not to confuse academic learning with wisdom and to avoid petty arguments, hairsplitting, or wasting time on abstract, academic topics.  He emphasized the fundamental difference between a Sophist and a Stoic:  the former speaks to win praise from his audience, the latter to improve them by helping them to achieve wisdom and virtue.

-Donald Robertson, How To Think Like A Roman Emperor:  The Stoic Philosophy of Marcus Aurelius

Posted by Steve Layman at 8:40 PM No comments:

Email ThisBlogThis!Share to TwitterShare to FacebookShare to Pinterest
Labels: books, never let book learning get in the way of your education, Stoics, Wisdom

More and more today, we don't want to do the work or take the chances required for greatness, and we try to fix all those shortcuts on the back end with marketing and branding—modern, fancy words that mean lie.

-Wright Thompson, Pappyland:  A Story Of Family, Fine Bourbon, and the Things That Last

Posted by Steve Layman at 8:34 PM No comments:

Remember, then, that the only thing truly yours are those that are entirely up to you.  Everything else is on loan from the universe, and the universe may recall such loans at a moment's notice, in any number of ways.  It follows that if you put a lot of stake into things that are not ultimately up to you, you are bound to suffer, to envy, to be disappointed, and in general to depend on the vagaries of Fortune.  Yet, if you focus your efforts on what is up to you, you will go through life with serenity, approaching all that comes with equanimity, never envying anyone, and never being disappointed by the turning of the cosmos.

-Massimo Pigliucci,  A Field Guide To A Happy Life:  53 Brief Lessons For Living

Posted by Steve Layman at 8:29 PM No comments:

. . . the best Christmas Song and video of the century thus far.

Posted by Steve Layman at 8:17 PM No comments:

Joe had always considered individual words as finite units of currency, and he believed in savings.  He never wanted to waste of unnecessarily expend words.  To Joe, words meant things.  They should be spent wisely.  Joe sometimes paused for a long time until he could come up with the right words to express exactly what he wanted to say.  Sometimes it confused people (Marybeth fretted that perhaps people thought Joe was slow) but Joe could live with that.  That's why Joe despised meetings were he felt the participants acted as if they were paid by the number of words spoken and, as a result, the words began to cheapen by the minute until they meant nothing at all.  In Joe's experience, the person who talked the most very often had the least to say.  He sometimes wished that every human was allotted a certain number of words to use for their lifetime.  When the allotment ran out, that person would be forced into silence.  If this were the case, Joe would still have more than enough in his account while people like Les Etbauer would be very quiet.  Joe had attended meetings where little got accomplished except what he considered the random drive-by spewing of words, like unaimed machine-gun bullets.  What a waste of words, he often thought.  What a waste of currency.  What a waste of bullets.

Posted by Steve Layman at 8:08 PM No comments:

Email ThisBlogThis!Share to TwitterShare to FacebookShare to Pinterest
Labels: Christmas Music, in the background 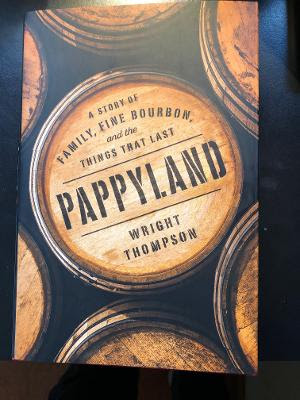 Posted by Steve Layman at 1:26 PM No comments:

Email ThisBlogThis!Share to TwitterShare to FacebookShare to Pinterest
Labels: books

Julian almost never complains—few people know, for instance that he's just on the other side of cancer treatment that could have ended very differently.  Normally a private person, he allowed his closest friends to see the fear in his eyes; to share in his vulnerability.  His illness made him newly reflective, which would have a cascade of repercussions in his life.  He'd reached the point when he had to take dying seriously.  Everyone passes through that valley and everyone emerges changed.  His bourbon is passing through a valley, too.  In the coming months, he will taste the new liquor that will fill his bottles.  The whiskey that built his success had run out, and the "new whiskey," distilled and laid up many years ago, is now ready to be tasted and, with luck, bottled.  I would come to appreciate the challenge of dealing with market trends when you product gets made as many as twenty-five years in the past.  When I met Julian, this is what loomed largest;  soon it would be time for him to test the first ever Pappy Van Winkle's Family Reserve made from whiskey distilled by his partner Buffalo Trace.  Whiskey is marketed as an antidote to change, so the magic is especially vulnerable during times of transition.  That tension ran through my mind during this otherwise carefree day at the nation's most famous racetrack.  Julian was looking far into the future, to see how this brand and whiskey would be passed from one generation to the next.  The Van Winkles have done most things very well, except for that:  the last time the baton pass got seriously fucked up.

The race ended, and Julian pulled a Cohiba out of his pocket and lit it.  "My victory cigar.' he said.  A grin flashed across his face.  "I didn't bet on the race," he said.  "So I won."

-Wright Thompson, two excerpts from Pappyland:  A Story of Family, Fine Bourbon and the Things That Last

Posted by Steve Layman at 1:26 PM No comments:

These massive and predictable sources of demand from the government caused the price of each microchip to fall rapidly.  The first prototype chip for the Apollo Guidance Computer cost $1,000.  By the time they were being put into regular production, each cost $20.  The average price for each microchip in the Minuteman missile was $50 in 1962; by 1968 it was $2.  Thus was launched the market for putting microchips in devices for ordinary consumers.

-Walter Isaacson, The Innovators:  How a Group of Hackers, Geniuses, and Geeks Created The Digital Revolution

Posted by Steve Layman at 12:35 PM No comments: