Written by Thomas Jefferson in 1774, this pamphlet highly influenced colonial thinking in the year leading up to the Continental Congress. 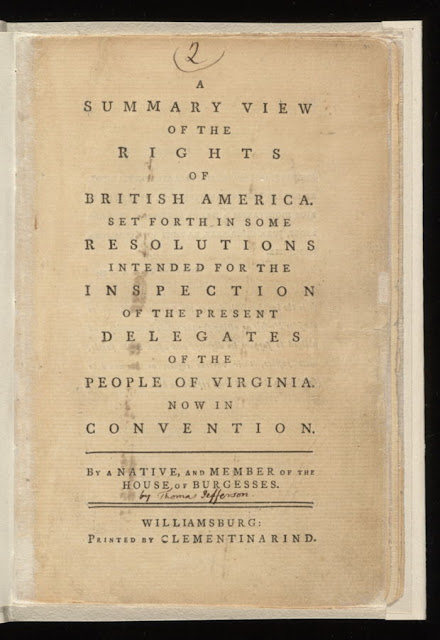 If you would like to read it, the text is here.   A wee excerpt is here:

...that an humble and dutiful address be presented to his majesty, begging leave to lay before him, as chief magistrate of the British empire, the united complaints of his majesty's subjects in America; complaints which are excited by many unwarrantable encroachments and usurpations, attempted to be made by the legislature of one part of the empire, upon those rights which God and the laws have given equally and independently to all.

As Nicholas Gage has accurately pointed out, people just don't talk that way anymore.
Posted by Steve Layman at 12:41 AM