Interesting tidbits about David and Goliath, or, who did you think was really the underdog............? 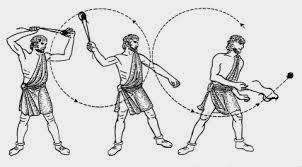 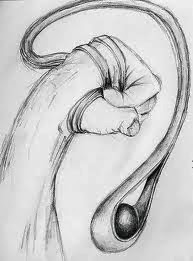 "Slinging took and extraordinary amount of skill and practice.  But in experienced hands, the sling was a devastating weapon.  Paintings from medieval times show slingers hitting birds in midflight."

"The historian Baruch Halpern argues that the sling was of such importance in ancient warfare that the three kinds of warriors balanced one another, like each gesture in the game of rock, paper, scissors.  With their long pikes and armor, infantry could stand up to cavalry.  Cavalry could, in turn, defeat projectile warriors, because the horses moved too quickly for artillery to take proper aim.  And projectile warriors were deadly against infantry, because a big lumbering soldier, weighed down with armor, was a sitting duck for a slinger who was launching projectiles from a hundred yards away."

"Eitian Hirsch, a ballistics expert with the Israeli Defense Forces, recently did a series of calculations showing that a typical sized stone hurled by an expert slinger at a distance of thirty-five meters would have hit Goliath's head at a velocity of thirty-four meters per second - more than enough to penetrate his skull and render him unconscious or dead.  In terms of stopping power, that is equivalent to a fair sized modern handgun."

"Goliath had as much chance against David," the historian Robert Dohrenwend writes, "as any Bronze Age warrior with a sword would have had against an opponent armed with gun."

-all excerpts from Malcolm Gladwell's David and Goliath:  Underdogs, Misfits, and the Art of Battling Giants
Posted by Steve Layman at 12:50 AM