Peirce called himself an idealist, by which he meant that he believed that the universe is knowable because our minds are designed to know it.  "In every form of material manifestation," he explained, "there is a corresponding form of human thought, so that the human mind is as wide in its range of thought as the physical universe which it thinks.  The two are wonderfully matched."  Thought and matter obey the same laws because both have common origin in the mind of a Creator.  This is why the truths of mathematical reasoning (as Peirce often reminded his students) are God's truths.  "The universe is a book written for man's reading," he said, echoing a metaphor of Galileo's.  "The universal plan is apparent to every mind which yields itself to logical induction."

-Louis Menand,  The Metaphysical Club:  A Story of Ideas in America 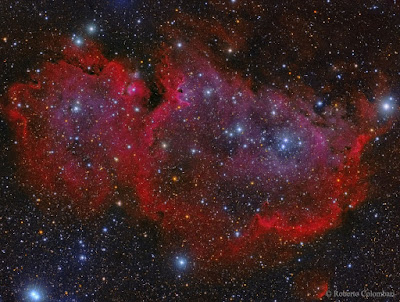 Trying, unsuccessfully to date,  to yield my mind to logical induction.  Reading is one thing, understanding is another.