Apparently there was a "flash crash" on Wall Street in May of 1962.  It passed unnoticed in my world.  I was only ten years old and my parents were not huge participants in the stock market.  It did have a large enough impact to make the cover of the June 8, 1962 cover of Life magazine: 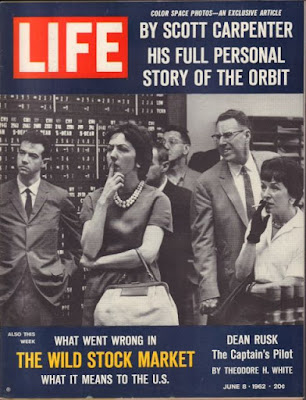 As Ben Carlson says, "It’s actually kind of refreshing to know that investors in the 1960s were dealing with many of the same fears and uncertainty we’re all forced to deal with today."


Do visit his blog post on the subject.   After ample coverage of the "flash crash", he posts some of the advertisements that graced the pages.  One example: 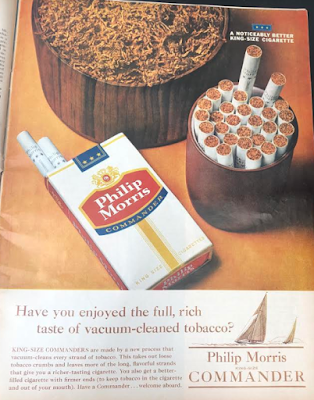 Email ThisBlogThis!Share to TwitterShare to FacebookShare to Pinterest
Labels: Advertising, Bloggery, History, investing, Magazines, Those Were The Days My Friend